An immersive digital campaign where fans could lose themselves in Leinster Rugby, by starring in their own customised rugby video, viewing & sharing their own Blue Magic Moments in a hall of fame, and downloading an iPhone app to play Leinster Legends. The campaign proved to be a hit with fans and players alike, and was winner of the ‘Best Use of Social Media for a Sponsorship’ at the Irish Social Media Awards. 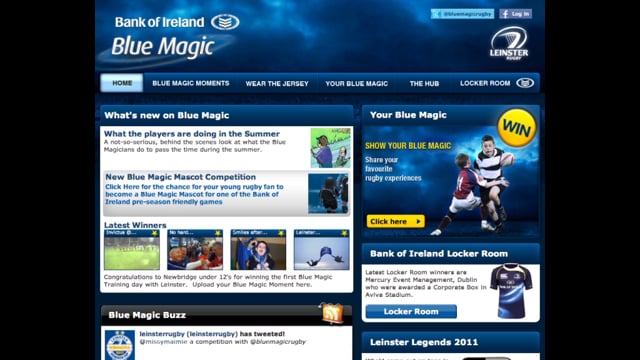